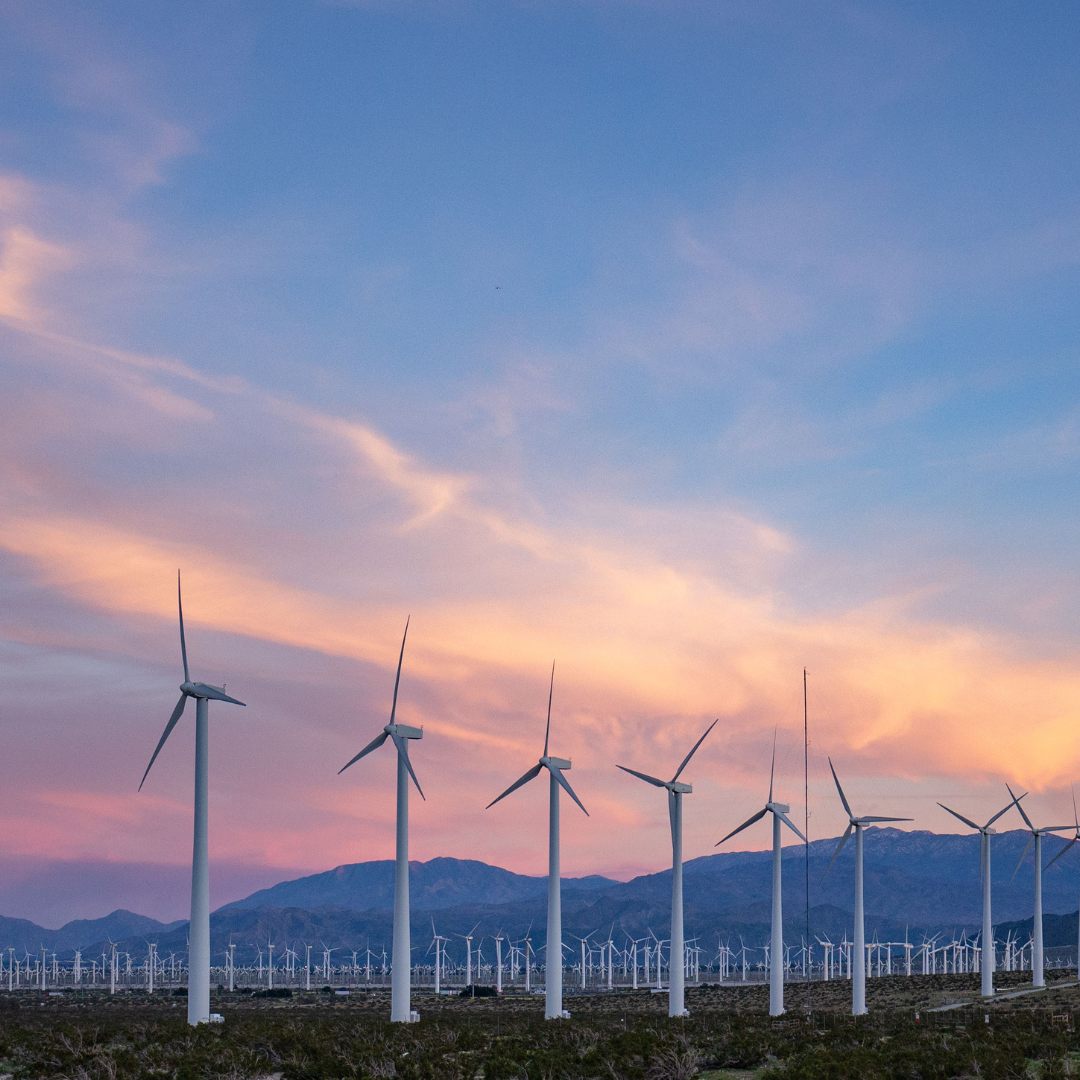 By Nichola Crawshaw30 June 2022No Comments 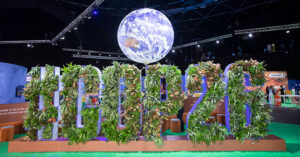 The COP26 summit took place in Glasgow last year from the 31st of October right through until the 13th of November. The 26th UN Climate Change Conference of the Parties welcomed delegates from over 200 countries who spent two weeks in intense negotiations. This, along with strenuous formal and informal work over many months, and constant engagement both in-person and virtually for nearly two years, resulted in the Glasgow Climate Pact.

At Mindsett our mission statement centers on reducing the needless waste of energy and resource. We aim to help our clients further their net-zero journeys through the use of dedicated technology. We were keen to see the progress made in the past seven months, especially with the UK holding the COP presidency.

The UK holds the COP presidency until COP27, the presidency post is often held by the Minister of Environment from the host government. Alok Sharma was appointed full-time President for COP26, he was previously Secretary of State for Business, Energy, and Industrial Strategy.

So, what was discussed and agreed upon at the conference? And where are we now just over half a year on?

The two headline outcomes from COP26 were the signing of the Glasgow Climate Pact and agreeing on the Paris Rulebook. Other significant deals and announcements, not part of COP26 itself, were also made during the conference. 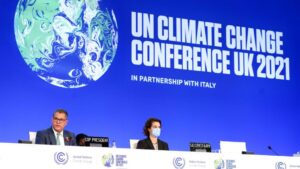 So, number one, what is the Glasgow Climate Pact?

Well, it is nothing new. Basically, it has been described as “A set of decisions and resolutions that build on the Paris accord.” The climate pact has set out what needs to be done to tackle climate change. While this pact was agreed upon as negotiations overran on the final day of the conference, it does not stipulate what each country must do individually and is not legally binding.

The Glasgow Climate Pact covers four primary areas and involved a record-breaking number of delegates agreeing on its structure and outcomes, it includes:

Another way you may have seen ‘Mitigation’ phrased in the media is as ‘Emissions Cuts.’ At present, there are national plans to cut emissions by 2030 to limit temperature rises to 1.5 degrees Celsius. At the conference in Glasgow research was presented that rendered these plans inadequate, and according to an analysis published during the talks would lead to a disastrous 2.4C of heating.

Commitments like this one are known as NDCs or nationally determined contributions and under the Paris agreement, nations are only required to return every 5 years to set new targets. If this schedule were to be kept new targets would only be set in 2025 for 2030 and beyond and would have taken the world well beyond 1.5C.

The decision was taken to revise NDCs at this year’s COP, held in Egypt, and at the COP summit in 2023. This may seem like pushing out the problem but what it does is give countries that have more ambitious goals when it comes to emission reduction an important lever to ensure lagging countries must step up.

80 countries are now covered by either Adaptation Communications or National Adaptation Plans to increase preparedness for climate risks, with 45 submitted over the last year.

Acknowledging that climate change is having increasing impacts on people, especially in the developing world, countries agreed to strengthen a network— known as the Santiago Network – that connects vulnerable countries with providers of technical assistance, knowledge, and resources to address climate risks. They also launched a new “Glasgow dialogue” to discuss arrangements for the funding of activities to avert, minimize and address loss and damage associated with the adverse effects of climate change.

Developed countries had fallen short of the 100$ billion climate finance goal that had been promised but stated that the goal shall be met by 2023.

Whilst in Glasgow counties agreed the way forward to a post-2025 climate finance goal with more developed countries significantly committing additional funds to vital schemes such as the Least Developed Countries Fund.

The breakthroughs that have emerged from Glasgow will accelerate collaboration between governments, businesses, and civil society to deliver on climate goals faster. A greater onus has been placed on larger corporations to work with governments to achieve Net Zero targets.

As part of this collaborative effort, the private sector is now facing clearer standards around their Net Zero commitments along with greater transparency overall. New requirements for all listed companies in the UK to produce net-zero transition plans by 2023 were announced at COP26 and were welcomed by all.

Great! What is the Paris rulebook then?

It included decisions on:

What else was agreed?

A range of commitments in other areas was agreed upon over the duration of the conference: forests, methane, car emissions, and private finance were key discussion topics. One such significant commitment was an agreement between 137 countries to “halt and reverse forest loss and land degradation” by 2030.

A huge focus was placed on coal in the context of energy production. 190 countries agreed to phase down coal power resulting in a 76% decrease in planned new coal power plants. This has caused some discontentment as the preferred phrasing was “phasing out” not “phasing down.”

An agreement known as the Clydebank Declaration had 22 countries agreeing to aim to decarbonise shared shipping routes. And finally, it wasn’t just counties agreeing with each other, private businesses were also included in the talks. Private businesses, cities, and counties signed agreements such as a declaration on accelerating the transition to 100% zero-emission cars and vans by “2040, and by no later than 2035 in leading markets”.

So, What Has Happened Since?

In the time that has passed since the global summit, unpredictable world events have taken centre stage, but have they derailed the carefully constructed plans? The global pandemic continues to have major economic and social repercussions. The war between Russia and Ukraine has also drawn a significant number of resources.

With soaring wholesale energy and gas prices, and the cost of living on the rise, the UK government has been struggling to focus on its net-zero targets. Finding efficient and suitable ways that the country can embrace sustainable energy has been a challenge that is increasingly in need of a solution.

The Climate Change Committee, an independent body formed with the purpose of advising the UK government on emissions targets and reporting progress to parliament, has expressed concern about the strides the UK has made with their Cop26 agreements. They believe that the UK has not pushed for enough change to be able to deliver on its target to become net-zero by 2050. With the UK retaining the COP presidency until COP27 in November 2022, more is expected in terms of what they will deliver over the coming months.

What Can UK Businesses do to Contribute to our COP Targets?

With an ever-increasing focus being placed on businesses to set measurable Net Zero targets, many organisations are scrambling to implement internal processes to achieve noteworthy progress. So, what can these businesses do to drive Net Zero?

Without an elevated level of colleague engagement, any Net Zero strategy formulated may very well be doomed from the start! Getting feedback from various departments within your organisation is key as any new strategies or processes will affect all teams differently. Hold focus groups and gather commentary anonymously from employees and use this information to form the next steps in your Net-Zero game plan.

Real change happens when an entire organisation comes together in determination to reach a specific goal. It is up to managers and board members to inspire their direct reports to alter their Net Zero behaviours. The tricky thing with employee behaviours is that everyone works based on a diverse set of motivators. However, there is no need for despair as our team at Mindsett has worked extensively with the University of Essex to produce research in exactly this area! You can download the whitepaper entitled “Using IoT to Sustainably Change Net Zero Energy Behaviours in your Organisation” here.

You can read about how Mindsett aided our parent company the Cloudfm Group in reducing their carbon footprint by inspiring behavioural change amongst colleagues here.

Invest in technologies that contribute to your Net-Zero strategy

Many organisations find that one of the key hurdles they struggle to overcome is the lack of knowledge they have on their current consumption. Most commercial smart meters give surface-level information but fail to go into the level of detail needed to make informed decisions on carbon reduction.

Companies stand to not only further their Net Zero journey but also save on time and costs by incorporating IoT asset-level technology as part of their overall carbon reduction strategy.

At Mindsett we are on a mission to reduce the needless waste of energy and resources and we do this through our unique end-to-end technology solution. You can find out more about how we can help you reduce your carbon footprint here or contact us here.

Since the COP26 summit, significant strides have been made to move towards a zero-carbon economy. Countries have pledged financial commitments to help less-developed nations and new plans have been made to help engage businesses as well as governments.

One of the shortfalls of the summit is that many of the agreements made will have to be self-policed by individual countries as only a select few nations decided to make their pledges legally binding. While the Glasgow Climate Pact aims to reduce the worst impacts of climate change – some leaders and campaigners say it does not go far enough.

You can find out more about which cookies we are using or switch them off in settings.

This website uses cookies so that we can provide you with the best user experience possible. Cookie information is stored in your browser and performs functions such as recognising you when you return to our website and helping our team to understand which sections of the website you find most interesting and useful.

Strictly Necessary Cookie should be enabled at all times so that we can save your preferences for cookie settings.

If you disable this cookie, we will not be able to save your preferences. This means that every time you visit this website you will need to enable or disable cookies again.